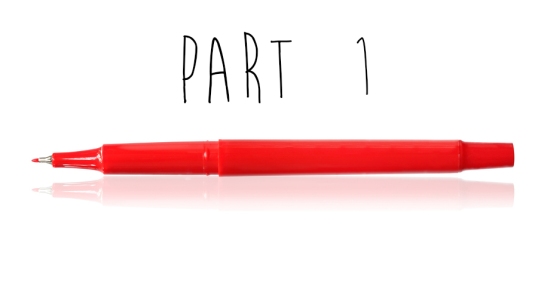 Hi guys! I have not posted in months because I have not read anything in months. So sad, I know. I’ve been doing a lot of work, so what’s mainly on my mind these days is editing.

I started making a mental list a few months ago of all the things I wasn’t prepared for and learned on the job. I thought it might be a fun series for writers and the generally curious, and maybe it will even be valuable to some aspiring editors.

As I said in my last series on the subject, someone once asked me what it was like to go to school to be an editor. I would again like to reiterate that going to a liberal arts school and getting a degree in English is wonderfully edifying and 10 of 10 Amandas would recommend. But it in no way teaches you how to be an editor in the real world.

Here is one of things they never tell you about being an editor: you and Microsoft Word are going to be reeeeeeal close. You will have to become the god of MS Word. And I’m not talking about “yeah, I can put in footnotes!” I’m not talking about “yeah, I see that styles pane on top of the screen, and sometimes I press it if I want to change the way my title looks!” I’m talking about setting up macros to run a series of find-and-replace tasks for an author that makes continued mistakes. I’m talking about designing a custom style set to auto-number second and third level headings in multi-leveled lists, and then telling it to decouple the numbers for the annex section but rank the sections the same in the headings navigation. I’m talking about people sending you a Word document with all sorts of weird spacing between the letters, and not just understanding why it’s looking wrong but also knowing where the kerning section is in Word. (Hint: it is deep in the Word-bowels, and I would have never found it on my own the first time I needed to access it.)

There are people better than me at Word, who know how to do things that I never knew were even options. But I am at least a demigod at Word, a minor deity. Maybe a Word fury. And I learned NONE of it in school.

So potential editors, here’s the stuff they don’t teach you.

First things first. You cannot, in this day and age, be an editor and not be good with Microsoft Word’s track changes. Track changes is not intuitive, and your document will be a rainbow mess of garble if you have multiple people participating—no avoiding it. But you have to be able to read it, understand it, switch views, accept and reject the changes, and deal with people’s comments. You also should know how to accept only format changes, limiting the displayed changes to substantive edits.

Also, I promise you will be mighty pleased with yourself if you figure out how to password-lock the document so that other users can’t turn tracked changes off. The worst thing in the world is when you get a document where some maniac has actually used the manual underline/strikethrough/font color features so that it looks like tracked changes you can accept or reject. Then, oh god, it’s really just formatting you have to manually delete. ~Bangs head on desk until blood pools.~

Like democracy, the only thing worse that Word’s tracked changes is everything else. It can be a real headache, but it really is the top of the line when it comes to collaborating and editing. You have to know how to use it and be comfortable with it if you’re the editor of the document.

Next! Find and replace is launched by Ctrl + H. Memorize it. It’s the feature, other than track changes, you’ll use most as an editor. Let’s say I convert a technical document that started out as a PDF to Word, and I see all the mathematical symbols and Greek letters have converted incorrectly. But what I also see is that they seem to have all come in as Times New Roman, whereas the rest of the document is in Calibri. I open the find and replace dialogue box, click in the “Find” section, search for the Times New Roman typeface, and replace with a highlight. Poof. All the places I need to double check are highlighted, and I know I won’t miss one. (If I were more trusting, I might try changing the typeface to Symbol and replacing all. But after many Word-traumas, I have learned that the wise find the balance between expediency and caution.)

Or how about this? A document is full of inconsistencies. Sometimes they spell out the numbers 1–10; sometimes they use the Arabic numbers. You can use find and replace and enable something called wildcards to find all numerals instead of typing in “1,” “2,” etc. (Wildcards are amazingly powerful, and I’ve only begun to understand what they’re capable of.)

I work primarily on a Surface now, so I don’t have a numbered keypad. But back in the day, alt codes were how I’d create en and em dashes. An alt code is this: if you hold the alt key and press a series of numbers on your number pad, you get a symbol character not available on your keyboard. There are so many of them that you’ll certainly find one for whatever you wind up using most: Greek letters, mathematical symbols, diacritics, that awesome o/e combo for writing “foeces” (more classy than poop!). It will save you so much time to not have to dip into “Insert” and “Symbols” and paw through endless boxes of undecipherable squiggles.

Now that I don’t have the numberpad, I’ve made serious use of Word’s macro option. When you record a macro, you record keystrokes, and your keystrokes will be repeated when you run that macro. So to set these up, you have to be comfortable enough with a keyboard and ribbon that you can get to pretty much anywhere you want without a mouse. (Hint: to access anything on the ribbon with a keyboard, try hitting alt and going from there.)

Because of macros, I can now hold “Ctrl + Alt + M,” a shortcut customized by me, and get my em dash. I can also highlight a Series of Words that are Capitalized for No Reason Whatsoever (this happens all the time) and turn them all lowercase with a macro I recorded. And, for the aforementioned psychopath who tried to mock track changes with all the underlining and striking through, I can highlight what I want to accept, hit a few keystrokes, and clear all his local formatting. Team macros!

I’ll often get documents from people with lines all over the place, what looks like columns placed unevenly, text that looks like it’s right aligned but something isn’t quite right. So I choose to reveal paragraph marks and formatting symbols to see how they created this fun look, and, oh, the horror. Serial killer formatting.

If you’ve ever seen The Shining, you probably remember the scene that shows Jack Nicholson’s conviction all work and no play makes him a dull boy. That’s what serial killer formatting reminds me of. It looks like an insane person got ahold of the document and just held down the spacebar for 30 seconds, and then started hitting tab like it’s some kind of word processing tic. Then they hit return six times, threw in a soft return, put in a non-page-breaking section break, and when that didn’t work, put in a page break. All these horrors are revealed when you show hidden characters.

Anyone who doesn’t know how to make Word behave the way they want (read: everyone at some time or another) has been guilty of creating such a document. But revealing those marks and seeing what’s behind the veil is like peering into the mind of a deeply troubled human being—your eyes will widen and your heart will start pounding and you’ll wonder if the author, who you thought was a just a nice, regular guy with excellent taste in ties, is behind you with a knife.

Anyway, unless the client has a specific proofreader that will get the document after you or unless Word is not the final destination (in which case, shed a tear for the person porting it into its end document design program) you can’t let things like uneven alignment go. You have to learn to use tab stops, and you have to know more about them than how to click on a ruler. Leaders and right-aligned tab stops are important for forms needing names and addresses and other information (certainly, your client has held down underscore for this purpose), and creating a paragraph style once you’ve set up tab stops can make your life so much easier.

I edit a series of publications for a client, and they often have equations with coordinating labels (e.g., “Equation 2.5 I-P”). I know that most equations won’t go past the three-inch mark in Word, so that’s about where the label should go. I’ve created a tab stop at that mark and now can hit tab after the equation to make the label sit at the three-inch mark. I then saved this as a paragraph style, labeling it “Equation”–with my other saved styles so they make a set–and saved that set on my computer. If I apply this style set for all this client’s documents, I’ll be able to have them all have the equation label at the same place by quickly applying that style.

They don’t teach you this stuff in school, folks. At least they didn’t in mine. This is just one of the ways that school can help teach you how to think, but it won’t give you the practical skills you need. And Word is THE essential one I never knew I’d need to the extent I do every day.

For one thing, I was asked about it in my job interviews out of school. Of course everyone will say they know Word—after all, much of school is typing things out on a screen, printing it out, and handing it in. But when they start asking you the real questions, you may be in a pickle. I was.

And here’s the other thing. Now that I’m freelance, I often charge by the hour. There comes a point where you’re taking a silly amount of hours to get this formatting right or to fix repeating errors (and double checking for your own human error in correcting them, because I promise you missed one!). You have to have shortcuts for no-brainer work so you can focus on content. And for 9–5ers, you got stuff to do, right? You don’t want to be spending your time manually hunting down every semicolon in a document because your author thought it was a fancier-looking version of a comma.

Here’s a document listing all my favorite shortcuts and explaining macros as plainly as I can.

3 responses to “What No One Ever Told You About Editing, Pt. 1: Formatting and Word”