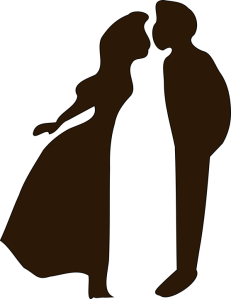 It feels like the more I look the world, its literature included, the more I see gender-related expectations pigeonholing humanity as a whole. Historically, I think there have been more obvious and tangible limiting factors imposed on women, but the expectations placed on men are harmful in more insidious, psychological ways. And I think the general hetero-centric nature of society is immensely damaging to everyone in that it forces people to identify as in or out of a social norm and further develop a personal identity that revolves around “please, please, accept me—I’m normal, and I’ll help excommunicate those that don’t conform!” or “I am other, and I must understand how to live life in accordance with that truth and face all the possible confrontations and unpleasantness that may come with.” But that’s for another time.

I don’t really mean to make all my gender-related posts about women, but 1. I am in that camp, hence special empathy, and 2. it’s often an easier, more in-your-face target to talk about gender problems with women characters, and I’m nothing if not lazy.

I wrote about this when I read Anna Karenina and just felt generally disgusted. I’m sick of seeing books that define women characters by heterosexual pairing/romance. Can’t they be people? People who have something other than relationships with men at the core of their being? Can’t they have things that interest them, puzzle them at night, make them interested in the universe…just something other than whatever hetero pairing may be coming their way?

That being said, it’s a lot better in literature now than it used to be, probably because women have the opportunity to do something other than wait around for someone to marry and impregnate them. I read a great article talking about characters needing to “marry or die” (I can’t remember where, or I’d link)—and it’s so accurate. This idea was first posed to me by an English teacher at my community college. I was in an 18th–19th century lit course, and she challenged me to find one book from the time period, just one, where even the boldest and most unconventional of women didn’t wind up married or dead by the end of the book. It’s as if authors, having their women reach full independence or at least operate outside of societal norms, had nowhere to take them after that. (Indeed, where would an independent woman go in these days, having dodged death and mandatory hetero pairing? Almost certainly on the fringes of society, if she could have made it—some rumored witch or freak that was social poison to associate with.)

But what is this theory without some examples?

Really. Find me a woman character from around this time period (1700s and 1800s) that succeeded in being outside society in some way and stayed unmarried and, if not happy, living. (Please. I want at least one to exist.)

I’m into bonuses lately. This internet thing has some great stuff in it–have you guys heard?

Brett pulled his tank top up over his head and stared at himself in the full-length mirror. He pushed down his jeans, then his boxers, and imagined the moment when Jennifer saw him nude for the first time. His feet were average-sized, and there was hair on his toes that he should probably take care of before tonight. He liked his legs just fine, but his thighs were wide and embarrassingly muscular. He tried standing at an angle, a twist at his waist. Some improvement. In that position, it was easier to see his ass and notice that it was not as pert as it had been at 22. He clenched both cheeks, hoping that tightened its look. He sucked in his tummy and pulled his pecs up high, trying to present them like pastries in a bakery window. Would she like him? Were the goods good enough? He pouted his lips and ran his hands over his thighs, masking their expanse. Maybe.